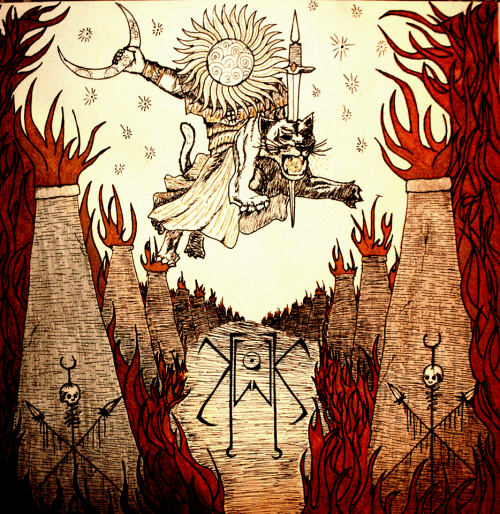 The band’s last release was the 2015 EP Between the First Heliocentric Wind and the Great Devourer of Light, which itself followed a pair of demos and a compilation. Unfortunately I can’t compare the album to those previous works because I haven’t yet heard them. So the following words provide an introduction to Le Brasier des Mondes, standing alone. This is how the band describe the conceptual basis for the album: END_OF_DOCUMENT_TOKEN_TO_BE_REPLACED