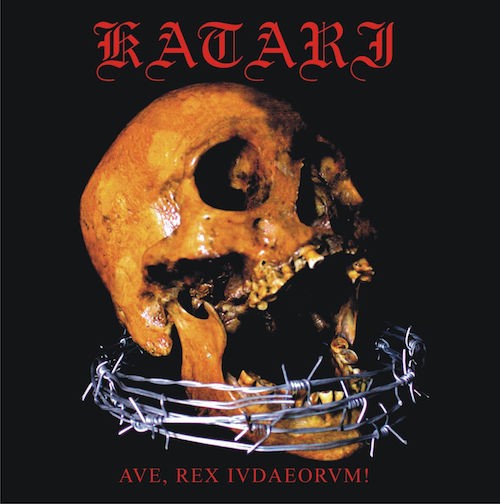 This album is going to hit most of you like a lightning strike out of the clear blue sky, and just like the shock and surprise of such a electrifying event, it will leave most listeners with a megawatt jolt down the spine and eyes popping out of a smoking head.

It’s a fair guess that only a fortunate few have previously encountered Katari. They’re a duo (Dany I. and Assassin) based in Huánuco, Peru, who first joined forces in early 2006 and went on to release a handful of demos in very limited quantities, as well as a 2011 split and a 2013 EP (At Peace). With any luck, their music is about to reach a bigger audience, thanks to the release of their debut album, Ave, Rex Ivdaeorvm!, on May 4 by From Deepest Records. And maybe our premiere of the music will be of some help, too. END_OF_DOCUMENT_TOKEN_TO_BE_REPLACED