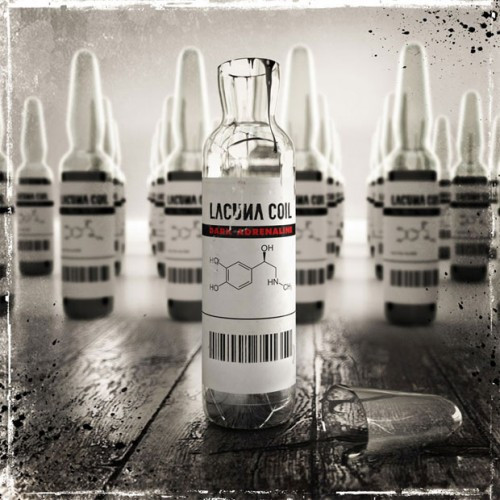 (DemiGodRaven wrote this review. In a moment of weakness, I decided to post it.)

I have a sneaking suspicion that that is either the chemical compound for meth or caffeine. Either way, don’t trust it.

I understand this isn’t the most timely of reviews. I am easily distracted, much like a moth to a flame. Can you believe that I still have a review for Lamb of God’s Resolution in the works? Maybe I’ll save that one for when I have kids and the band have long since broken up.

Look, I know a lot of you guys have very high opinions of me and I appreciate it, I really do. I’m saying this up front because I know that a lot of you are going to turn on me over the course of this review, after some of the revelations about me that will come out. That’s fine, ‘Forgive them for they know not what they do’, and all that jazz. That said, the reason you’re staring at the cover art for the recently released Lacuna Coil disc, Dark Adrenaline, on our fine No Clean Singing site is because this album actually ain’t half bad.

I was one of the long-time fans who found themselves turning up their noses at the group’s previous release, Shallow Life, for focusing too much on being mainstream radio rock and just in general containing some really bad songwriting. Dark Adrenaline actually isn’t dramatically different, but the band have started to meld the darker, more bass-heavy sound they found on Karmacode with Shallow Life to create what is a pretty solid, guilty-pleasure rock disc. END_OF_DOCUMENT_TOKEN_TO_BE_REPLACED