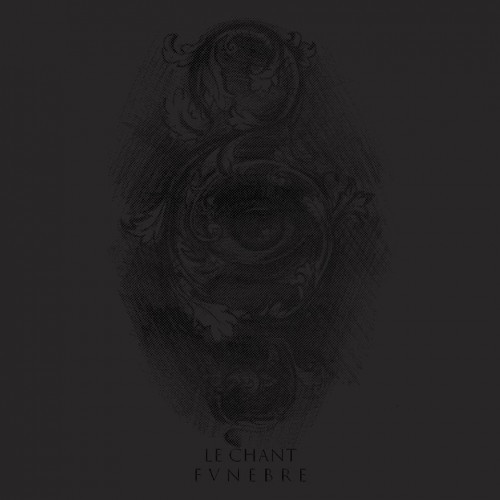 Every metal fan has a mental list of musicians whose every creation they will check out, regardless of which band’s name flies on the banner above them. Jeff Wilson (Wolvhammer, Missing, Chrome Waves, Abigail Williams) and Neill Jameson (Krieg, Twilight) are two of the names on my list. When I heard they were collaborating together in a new project, I got a little surge of adrenaline in the bloodstream and an itch of curiosity in the brain. One thing led to another, and now the itch is partially scratched, but the adrenaline is still flowing: We bring you the premiere of “Ghosts at the Deathbed” by Le Chant Funebre.

This song is the title track on the band’s four-song debut EP, which will be released in digital form next month with a CD to follow, via Disorder Recordings and Black House Industries. In Le Chant Funebre, Wilson plays guitar, bass, and synth; Jameson provides vocals and drums; and guitarist Jason Phillips (Bringers of Disease, ex-Acheron) completes the line-up.

Given the nature of these musicians’ past projects, you might guess that black metal will play a role in the music, but this time that’s not the dominant style of the music. END_OF_DOCUMENT_TOKEN_TO_BE_REPLACED