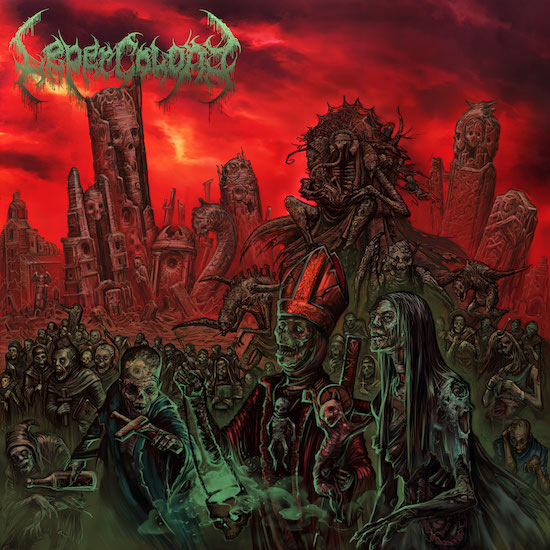 Although a new band, Leper Colony predictably will get a lot of attention, and not just because of the macabre cover art that Alex Tartsus rendered for their self-titled debut album in such hellish tones, or the top-shelf logo that Dipayan Das made for them.

There’s also the fact that the band’s lineup consists of some exalted names in the annals of death metal — vocalist Marc Grewe (Morgoth) and guitarist/bassist Rogga Johansson (Paganizer). And although those two names may get the most attention, drummer Jon Skäre is a formidable presence as well, as one look at his M-A resume demonstrates.

They’ve also got a clever way with words — witness the name of the song we’re premiering today in advance of the album’s release by Transcending Obscurity Records: “The Surgical Undeadvors“. END_OF_DOCUMENT_TOKEN_TO_BE_REPLACED