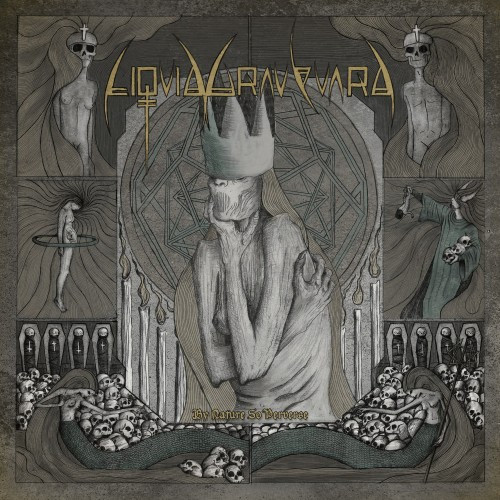 The word “supergroup” gets tossed around a lot, but in the case of Liquid Graveyard, it’s a fitting label. The band was created by Raquel and John Walker, the frontman and leader of the seminal British death metal group Cancer, and in addition to that formidable duo the line-up includes Napalm Death’s Shane Embury on bass and drummer Nicholas Barker (Lock Up, Brujeria, ex-Dimmu Borgir, ex-Cradle of Filth), with live bass duties now being handled by Spanish musician Daniel Maganto (Eternal Storm).

After two well-received albums released in 2009 and 2011, On Evil Days and The Fifth Time I Died, the band have completed a new full-length entitled By Nature So Perverse, which is projected for release in July on CD and vinyl by the Greek label Sleaszy Rider Records. It’s our pleasure to bring you the premiere of a song from the new album named “Influence Corrupt“. END_OF_DOCUMENT_TOKEN_TO_BE_REPLACED