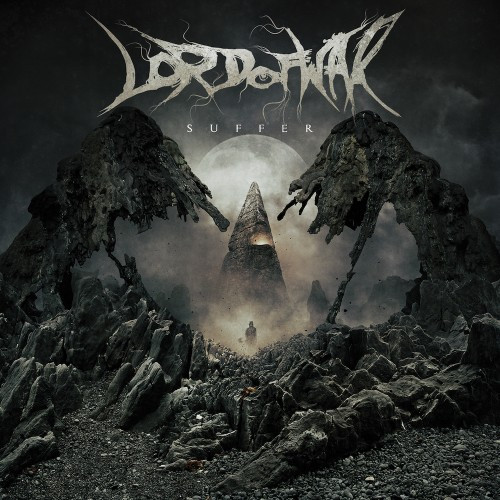 Next month Unique Leader Records will release the second album by San Diego’s Lord of War. It’s an 11-track, 45-minute affair entitled Suffer, adorned by the cover art of Colin Marks. Today we’ve got the premiere of a playthrough video for the album’s third track, “Embryo“.

The video features the performance skills of the band’s two guitarists, Alex Walshaw and Daniel Richardson. With heads down, they devote themselves to the task of both bludgeoning listeners like buildings marked for destruction in a demolition zone and generating the queasy, pestilential atmosphere that shrouds the song. END_OF_DOCUMENT_TOKEN_TO_BE_REPLACED 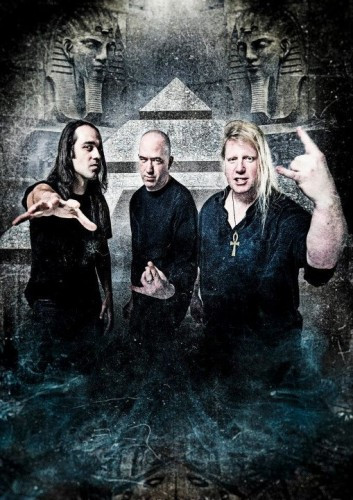 Here are some quick notes about a couple of noteworthy tours announced over the last 24 hours.

Nile has announced that it will tour the U.S. next March and April with 28 dates around the country. There are two interesting aspects to this tour. First, the band will be playing two full sets with only a brief intermission, which means fans are going to get a lethal dose of Nile, with time for the band to provide a thorough selection from their discography.

Second, Nile aren’t taking any supporting bands along for this ride. Instead, they’re asking promoters to pick the three best local bands from each locale the tour will visit. As Karl Sanders explained in a press statement:

Supporting local bands in each city is a way for us to give something back to younger bands and the metal scene.  We’ve asked promoters to keep ticket prices low, so that fans of all ages can come and join us for an evening of metal.  In these difficult times of our recessionary economy, an evening of killer metal shouldn’t have to break the bank

This is a cool idea, and of course it provides an opportunity for local bands to get some great exposure. Exclusive pre-sale tickets are available now at EnterTheVault.com. I checked the prices, and they range from $10 to $20, depending on the city. The price in Seattle is $18. The schedule is right after the jump. END_OF_DOCUMENT_TOKEN_TO_BE_REPLACED