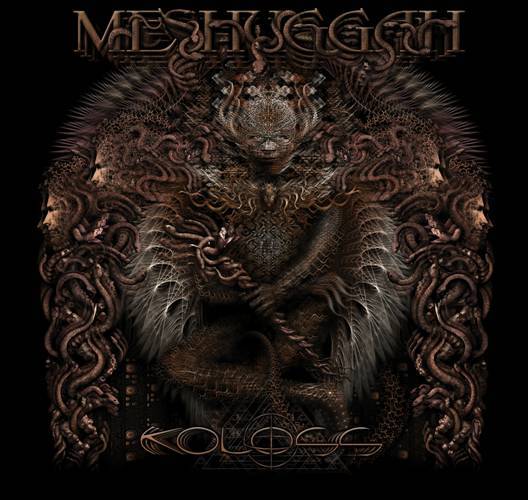 Huh.  It appears I jumped the gun earlier today when I posted what I thought was the album art for Meshuggah’s new album, Koloss. If I had just waited, I would have seen THIS.

According to a press release I received, it’s going to be in 3-D, and its name is “Gateman”.  It was developed by Luminokaya Lab — over a period of nine months. Luminokaya Lab appears to be the alter ego of a Russian graphic artist named Keerych Luminokaya. I found a lot more of his work, some of which you can see after the jump. “Eye-catching” is probably too mild a word for it. “Eye-popping” perhaps. Or “Eye-exploding”.

What I posted today as the Koloss album art turns out to be only a part of a bigger piece of work. I think I like the larger concept even more. But do yourself a favor, and see more of Luminokaya’s work after the jump, and much more can be found via that Luminokaya Lab link up above. This may be the first metal album cover he’s done, but I have a feeling it won’t be the last. END_OF_DOCUMENT_TOKEN_TO_BE_REPLACED