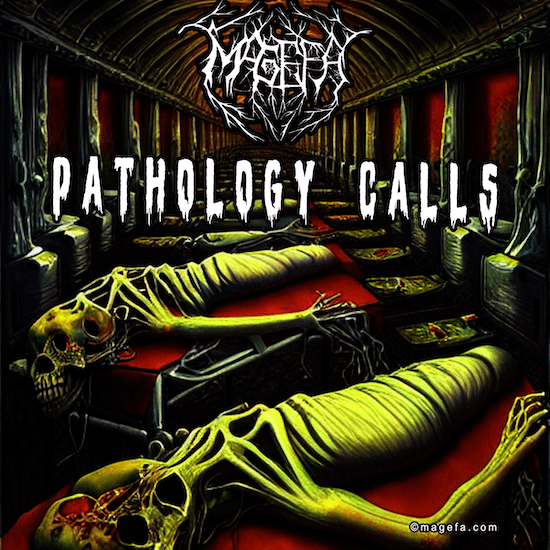 As you may have noticed if you’ve been slumming at our putrid site this week, we’re in the midst of rolling out our list of last year’s Most Infectious Extreme Metal Songs. But even this early in the new year we’re beginning the task of assembling candidates for the 2023 list for a year from now — and the song you’re about to hear has jumped on it with both lead-shod feet.

“Pathology Calls” by German death metal band Magefa (named for a Hebrew word meaning plague) is a catchy musical monster in several respects, but the grabbiest part is probably the brutal jackhammer groove that opens the track and then continues to pump heads like pistons every time it re-surfaces. But yes, there’s more… END_OF_DOCUMENT_TOKEN_TO_BE_REPLACED