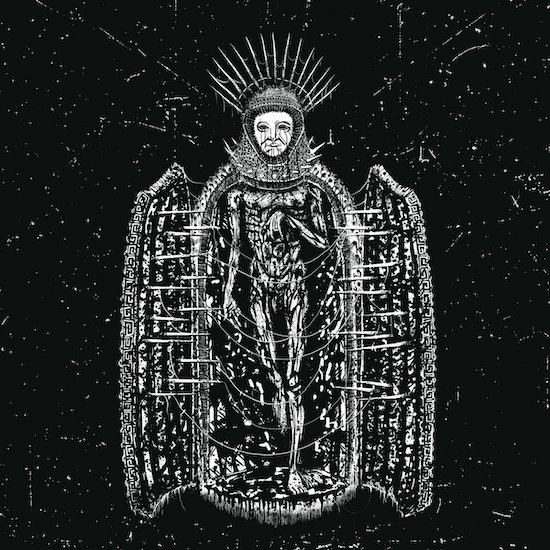 Of all the titles that Malgöth might have chosen for their debut album, the one they picked is a near-perfect representation of the music: Glory Through Savagery. The experience is indeed one of breathtaking ferocity and destructive impact, but both the band and the songs also revel in their psychotic excesses, creating a continuous atmosphere of no-holds-barred derangement that glories in the chaos they create.

While the album maintains connections to the vaunted traditions of malignant Canadian blackened death metal, it carves its own abominable path in unorthodox yet still terrifying ways. The music is not merely a titan of globe-spanning ruination but it’s also delirious — and deliriously inventive. The press materials for Iron Bonehead Productions, who will release the album tomorrow (October 1st), describe it as “a kaleidoscopic experience, a fever dream of war metal turned absolutely inside out”, and that’s absolutely true — as you’re about to find out through our premiere of a complete album stream. END_OF_DOCUMENT_TOKEN_TO_BE_REPLACED