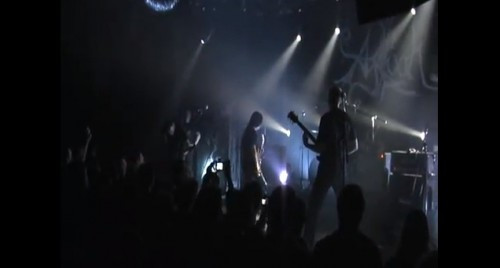 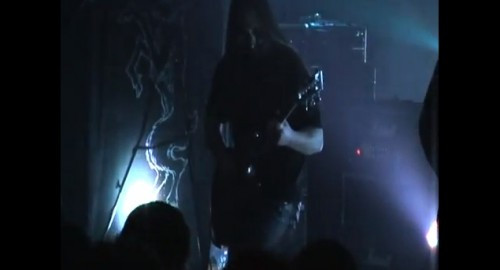 Last night, Oregonian black-metal icons Agalloch played a special show in Tel Aviv, Israel. Through the wonders of the interhole, a high-quality video of the show’s opening has already surfaced. It depicts the usual Agalloch incense-burning ritual that takes place before the live music starts, followed by “They Escaped the Weight of Darkness” and “Into the Painted Grey”. A second video features the band performing “Odal” and “Of Stone, Wind, and Pillor”. The video quality of both clips is excellent, and the sound quality is decent. As a die-hard Agalloch acolyte, I have to feature these videos (after the jump). They’re reminders of how fucking much I’ve enjoyed the Agalloch shows I’ve seen.

And this also gives me an excuse to report other Agalloch news that I meant to say something about a while ago: Agalloch has established a Bandcamp page and are using it to distribute eight (mainly acoustic and ambient) tracks of music, available for purchase individually, that previously appeared on compilations or hard-to-find EPs and LPs. You can stream and buy them HERE, including the epic 18-minute song “Scars of the Shattered Sky”, which originally appeared as a bonus “D side” track on the Ashes Against the Grain LP. I picked one of those songs to play for you after the jump, too.

“Temples of magma stream across the grey
The arc that transcends my iconic pride . . .” END_OF_DOCUMENT_TOKEN_TO_BE_REPLACED