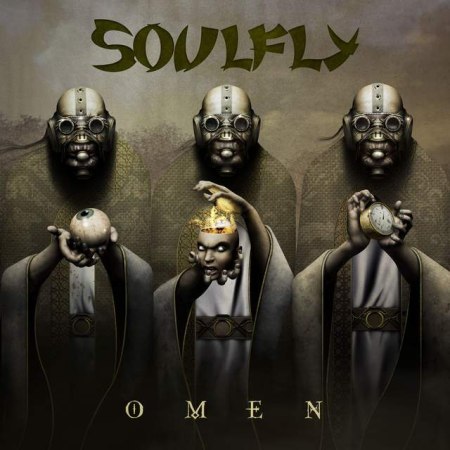 We haven’t been huge fans of the music produced in the past by Soulfly, the band that Max Cavalera started after leaving Sepultura in 1996. But Soulfly’s new album Omen (due for a May 25 release on Roadrunner) is currently streaming in its entirety, and we’ve been listening.  Rather than try to describe it today, let’s just say it’s sick — and let you hear it for yourselves, for as long as this stream lasts (to get to the music player, which starts playing automatically, move on after the jump . . .) END_OF_DOCUMENT_TOKEN_TO_BE_REPLACED