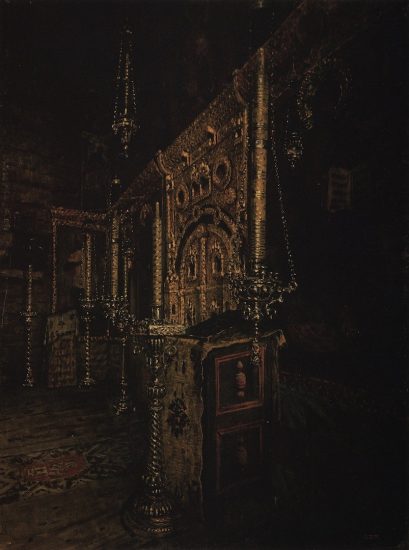 an 1888 painting by Vasily Vasilevich Vereshchagin

We’re now at the end of that hybrid week which always ends the holiday season, and which for most people seems to be a mix of fucking off and becoming wage slaves again. Although no one asked me, I thought I’d commemorate the moment by telling you where we are in our posting schedule and what lies ahead (other than another probably shitty year in the outside world).

We’re almost finished with our year-end LISTMANIA series — almost, but not quite. Next week we’ll have at least one more year-end list from a guest, and possibly two or three (I’m crossing my fingers that those latter two, which are a bit uncertain, will pan out, because in past years those particular writer/musicians have delivered highly anticipated and eagerly viewed collections). But either way, we’ll close out the main part of LISTMANIA next week…

…and we’ll also begin the final segment, which is my sole contribution to the series, i.e., the list of last year’s Most Infectious Extreme Metal Songs, which I’ll roll out in installments every day or two until around the end of February. END_OF_DOCUMENT_TOKEN_TO_BE_REPLACED