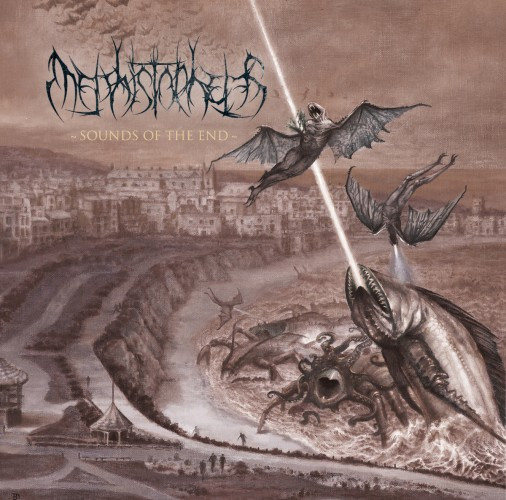 In the past couple of years, the number of creative and talented Australian metal bands has grown and become a force to be reckoned with. Which is not to say their scene hasn’t always slayed; I’ve been jamming plenty of bands from there for years, including the almighty but now defunct Alchemist. Well, we can add another name to the pile of Australia’s best in Tasmania’s own Mephistopheles. A band on the cusp of releasing their second album Sounds Of The End, they have crafted an album that will stand as among the best metal that comes out this year. While few know the name, many will recognize members of their lineup which includes vocalist Matt Chalky (Psycroptic) and sole guitarist Ben Lawless (live for Spawn Of Possession), who also performs vocals.

Sounds Of The End matches its name not only in ferocity but also with an uplifting beauty that sometimes includes some very emotive clean singing. Sonically, Mephistopheles mix and match technical death metal of the Spawn Of Possession school and old-school death metal variety with a rarely straightforward and often reflective black metal side. Their love for songs that revolve around big groovy riffs instead of a shower of leads and solely blazing nature further sets them apart from the preconceived notion of what technical death metal sounds like. Mephistopheles also likes to use that back and forth, wind-sweeping build-up sort of riff that you hear in The Faceless, but done a bit differently, and used to good effect. END_OF_DOCUMENT_TOKEN_TO_BE_REPLACED