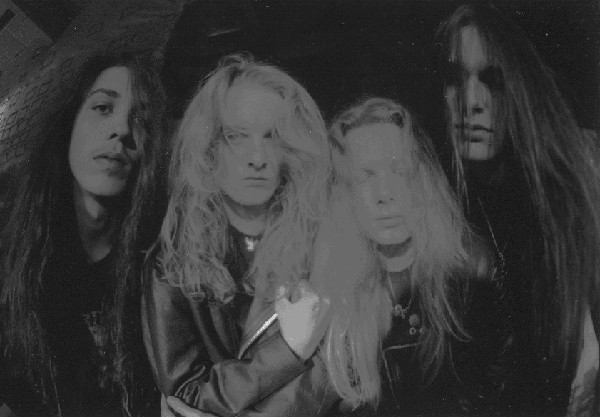 (NCS contributor Israel Flanders has been working his butt off to bring us music that may have been overlooked or become under-appreciated with the passage of time. Today he looks back at the discography of a trail-blazing Danish band.)

It goes without saying that there are so many good bands out there that overlooking one here or there is entirely inevitable. I would like to think I’m bringing music to you guys that’s surprising in the most pleasant of ways since I’m trying to develop a knack for digging out gems from the nether regions of the music world. Today I’m here to do an overall piece on one of the most shamefully underrated thrash metal bands in existence. Who is that you wonder? It’s Invocator.

Invocator are very important to Denmark’s music scene. They were the gateway band that proved to other aspiring musicians in Denmark, hey, you can do this metal thing in our small country and it works. Among others, they inspired legendary deathrashers Hatesphere (and if you don’t know who Hatesphere are, stop reading and come back after getting some education), and Invocator’s frontman and guitarist Jacob Hansen essentially aided in the establishment of a heavy music scene in Denmark. The man has produced so many albums it’s nuts, but not only has he done that, he has coined his own signature production sound. Invocator is Jacob Hansen’s baby and a band with a truly unique sound that I think stands out. (more after the jump . . .) END_OF_DOCUMENT_TOKEN_TO_BE_REPLACED