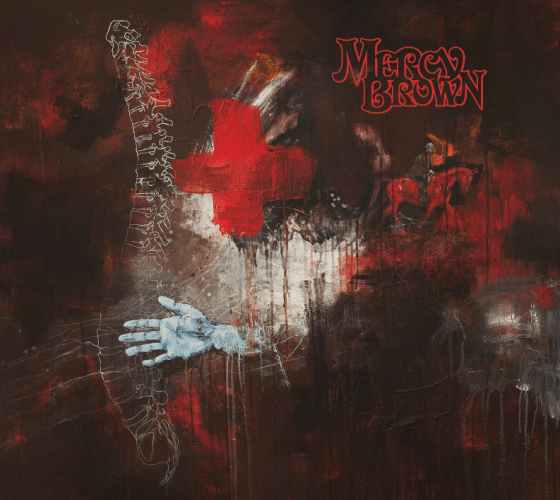 Mercy Brown is a new name to our site, but only because I’m late to the party — about three months late, in fact: The band’s self-titled debut album was released in mid-March of this year. It took the video we’re premiering today to turn me on to some music I’m damned glad I finally discovered. And sometimes that’s the best reason for post-release videos — to expose laggards like me to something they might otherwise miss completely. Another reason happens to be validated by this video, too: It’s as much fun to watch as it is to hear.

For those like me who are discovering the band for the first time, don’t be fooled by their name. It might make you think you’re in for some retro soul or funk music, but you’ll make a better guess if you happen to know about the bizarre “Mercy Brown vampire incident“, in which a young woman’s supposedly undead corpse was exhumed in Exeter, Rhode Island, in 1892 in order to remove her heart and burn it.

As far as I know, the four people in Mercy Brown are not vampires, and their fellow citizens in Spokane, Washington, haven’t yet come for them in the dead of night with pitchforks and torches. Let’s hope it stays that way. END_OF_DOCUMENT_TOKEN_TO_BE_REPLACED