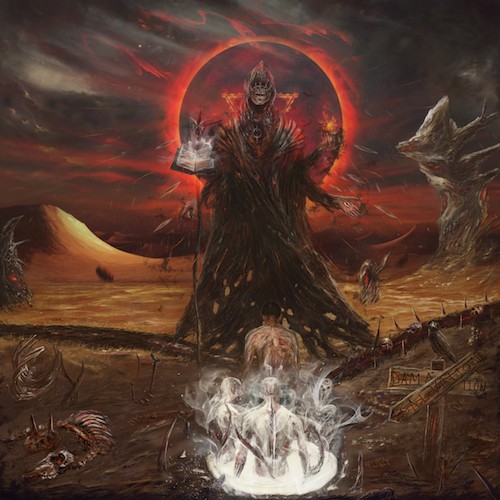 What a great piece of cover art that is! It catches the eye and holds it. And it turns out that the music behind the artwork catches the ears and holds them, too. And for that matter, it has its way with your entire autonomic nervous system… as I’ll explain momentarily.

That cover art (by Cesar Adrian at Soulasphyx Arts) adorns Sealed In Blood, the debut album by the Vancouver, BC band Meridius, which is being released today on a pay-what-you-want basis via Bandcamp. It includes 10 tracks and almost 50 minutes of music, and it’s one hell of an electrifying rush. END_OF_DOCUMENT_TOKEN_TO_BE_REPLACED