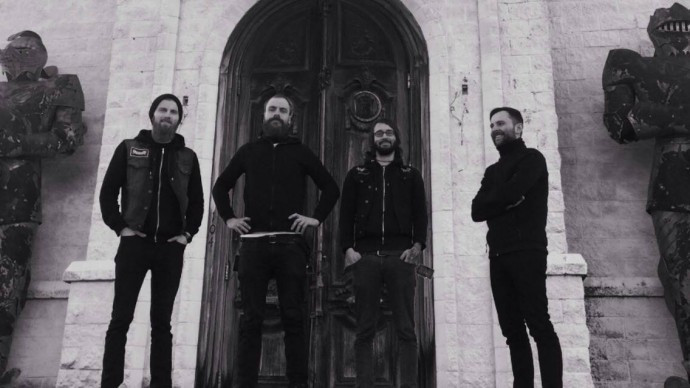 (Andy Synn presents his interview with some of the members of Germany’s Downfall of Gaia.)

Aeon Unveils the Throne of Decay, the thunderous third album from Germany’s Downfall of Gaia, was, in my estimation, one of the finest slabs of Metal (of any style) produced last year. In fact I selected it as one of my top 10 Critical choices of 2014, describing it as a “slow-motion apocalypse” (though massive, jagged chunks of it are anything but slow) which “shifts seamlessly between styles… to make [it] a fascinatingly multi-faceted and endlessly rewarding musical experience.”

And I stand by those words. In fact I’ve only discovered more layers and depth to the album as the months have passed by.

So, as a huge (and relatively new) fan of the band, I was lucky enough to be able to grab guitarist/vocalist Dominik Goncalves dos Reis for a quick chat about life, love, and the nature of existence. END_OF_DOCUMENT_TOKEN_TO_BE_REPLACED