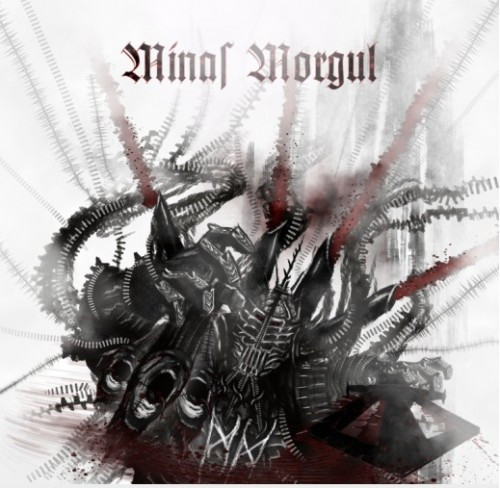 (Our cup runneth over — NCS reader/commenter Trollfiend, who clearly knows how to write a review that will cause you to brown your underoos with laughter, rejoins us for the second time this week with an immensely entertaining retrospective on the music of Minas Morgul. Allow me to say, “Pure blackity blackness with a side of black. Also, wolves.”)

Germans are good at a lot of things: making chocolate, designing cars, and brewing beer, for example.  I bet you thought I was going to make some sort of crass WWII reference, like “they’re also good at invading Poland” or something inappropriate about the Holocaust.  I would never do such a thing.  I abhor stereotypes as much as I abhor lederhosen swamp-ass, and I don’t make jokes about horrific tragedies unless they’re really fucking funny.

So, in the interest of good fellowship with our jackbooted fascist friends over in good olde Deutschland, I am going to share with you one of their little musical gems, largely unknown outside the land of biergartens and polka.  My German is not great, pretty much limited to what I’ve learned from repeat plays of Castle Wolfenstein, but as any true soldier of the Fatherland would do, I’m going to struggle manfully through this review without the use of Google Translate. So here we go: Minas Morgul.

If you’re thinking, ‘hey, I’ve heard that name before’, you’re either a big fan of pagan/black metal or a monstrous shaggy nerd-ape (the two aren’t mutually exclusive).  Minas Morgul, for you folks who don’t know, is the name of the city of the Nazgul in Tolkien’s Lord of the Rings trilogy.  It’s also the name of a black metal band from Frankfurt.  Now I’m not sure if Minas Morgul (the band… not to be confused with Minas Morgul, the Summoning album) counts as Tolkien metal per se – with songs like “AK-47 – Kalaschnikov-Standgericht”, it’s probably safe to say they deviate from the oeuvre just a little – but for the most part you can call them black metal pretty accurately.  That is assuming you don’t count the occasional Rammsteinesque clean bridges that pepper their songs like hairy vestigial nipples on a child-devouring witch. (more after the jump . . .) END_OF_DOCUMENT_TOKEN_TO_BE_REPLACED