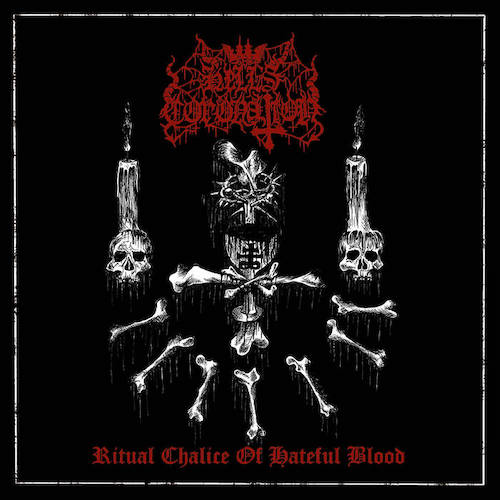 The first album I’d like to highlight is Ritual Chalice of Hateful Blood, the debut full-length by Hell’s Coronation, which was released on October 31st by Godz Ov War Productions. The song I’ve picked as a teaser for the album is “Fullmoon Is the Sinister Light of Providence“, which also happens to be the song that’s set up to stream first at the album’s Bandcamp page, although it comes fourth in the running order. END_OF_DOCUMENT_TOKEN_TO_BE_REPLACED