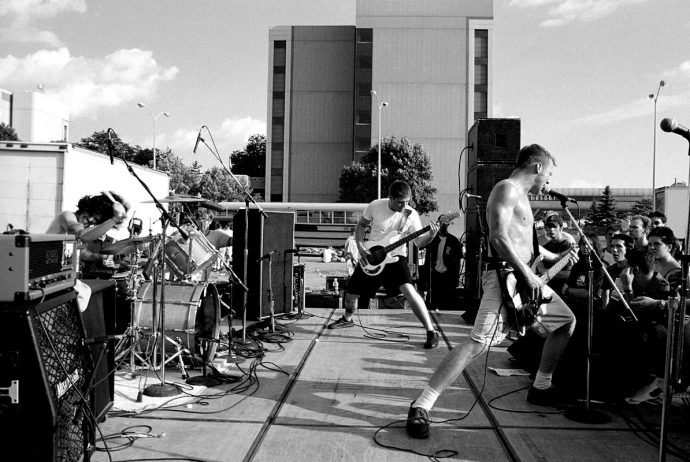 Thoughts of Ionesco, 1999, in Pontiac, Michigan (photo by CJ Benninger)

(Todd Manning is back, and brings with him a group of recommended releases from a collection of killer bands whose names you see in the title of this post.)

Roughly a year ago, I wrote an article here discussing several hardcore releases and I mentioned how if Black Metal held sway in the winter, I felt Hardcore lay claim to the sweltering summer. But now I am also willing to consider that there are cycles within cycles, and am reflecting a bit on the genre in its longer trajectory.

While nothing really ever goes completely out of style in these postmodern times, I can say with some conviction that Metal in all its forms kind of steamrolled over Hardcore in the first decade of the new century, at least in terms of overall popularity. Sure, D-Beat has certainly thrived in recent times, but those bands are pretty much settled into the same aesthetic as their Metal brethren, and Death Metal and Black Metal bands alike borrow quite liberally from the genre.

But now, I’m starting to feel that other forms of Hardcore are beginning to claw their way back into the conversation, and I wanted to touch on some recent releases that those who care should definitely make an effort to seek out. END_OF_DOCUMENT_TOKEN_TO_BE_REPLACED