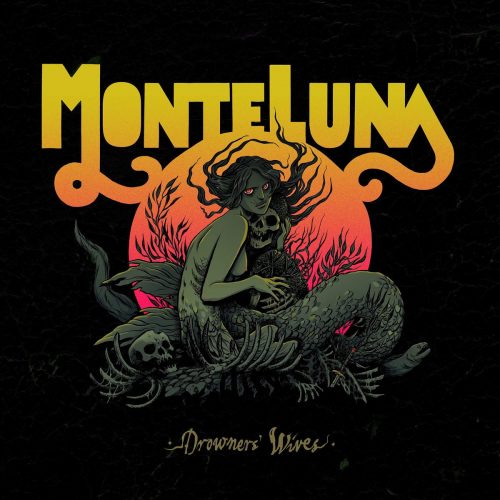 (This is Todd Manning‘s enthusiastic review of the new album by the Texas band Monte Luna, which is out now via Argonauta Records.)

In 2017, Monte Luna dropped their debut full-length on an unsuspecting world, a sonic concoction of crushing sludge and doom mixed with psychedelic tones of weird horror and fantasy. Now they have returned like a lost tribe of barbarians charging across the wasteland. Their follow-up, Drowners’ Wives, was released on October 4th. courtesy of Italian label Argonauta Records.

For those who heard the massive sweep of the duo’s self-titled debut, they will be glad to know that the band have held onto their previous ambition. Yet the path to Doom-ridden bliss is different than before. Where in the past guitarist/vocalist James Clarke pounded out massive Conan-inspired riffage while drummer Phil Hook hammered away at Godflesh-like beats, Drowners’ Wives lets the Melvins influence shine though, primarily through massive vocal hooks. At the same time, there is a thick layer of psychedelia applied liberally over the proceedings that contributes greatly to the overall character of the album. END_OF_DOCUMENT_TOKEN_TO_BE_REPLACED 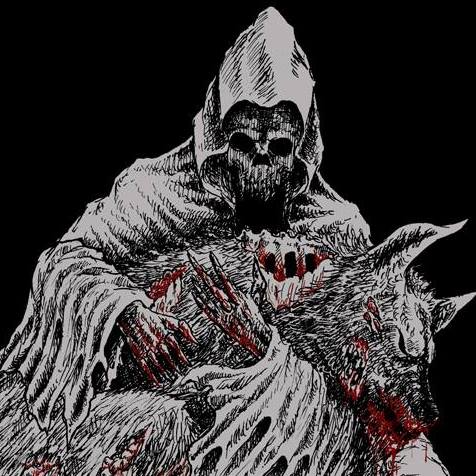 (Todd Manning provides this review of a debut EP by the Texas band Monte Luna.)

Austin, Texas duo Monte Luna have just released their debut two-song demo on Bandcamp at the name-your-price level, and it would be best if you didn’t sleep on this one. Mixing equal parts Doom, Sludge, and Dark Psychedelic vibes, they create an atmosphere of tasteful heaviness, full of subtle menace.

“Father Arbitor” kicks things off with bits of noise swirling around while a sample invokes the dark spirits overseeing the material. James Cl’s guitar is distant and striking, heavy but not overtly so. The gravity of the track comes from Phil Hook’s immense beats, slow and tectonic. The vocals sound like they blew in on the wind, ghosts creeping at the edge of the campfire. While it would be mistake to say this isn’t heavy, atmosphere seems to take center stage. END_OF_DOCUMENT_TOKEN_TO_BE_REPLACED