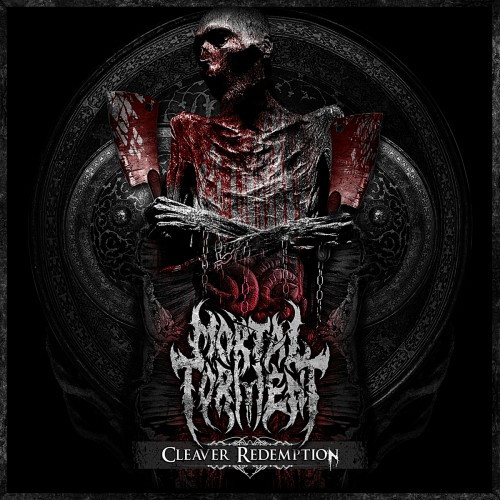 The Greek death metal band Mortal Torment are celebrating their tenth anniversary of tormented existence by releasing their second album tomorrow via Gore House Production. And I think an opening round of applause is in order for the band’s choice of album title: Cleaver Redemption. And let’s have a second round of applause for the completely fitting cover art created by Athens-based Remedy Art Design (Keep of Kalessin, The Crown, Uncleansed).

Of course, the key question is whether applause is in order for the album itself. You can decide for yourselves, because we’re giving you the opportunity to hear all of it. With song titles such as “Epileptic Defecation”, “A Million Skulls To Bludgeon”, and “Fucked In the Eye Socket”, you will find some clues about what awaits you. A few more clues may be found in some of the names identified by the band as influences — Dying Fetus, Aborted, Benighted. END_OF_DOCUMENT_TOKEN_TO_BE_REPLACED