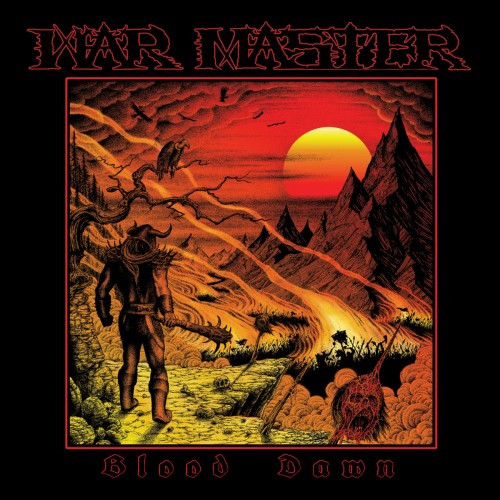 Yesterday was kind of a strange day here at the NCS metallic island. We put up a big stream of posts, but most of them were short-and-fast alerts about new tours or new songs, because your humble editor was preoccupied with the demands of his fucking day job and didn’t followed through on more time-consuming ideas that were originally slated for the day. Better luck today.

I’d like to begin whatever emerges at NCS on this Friday by flattening you with some metal of fucking death. I have two songs. I heard both of them yesterday when I came up for a gasp of air from the miasma of my paid work. If you like fucking death metal, I believe you will smile when you hear them (after you finish picking up your teeth).

War Master are a new discovery for me. They’re from my one-time hometown of Houston, Texas, and their last release was a 2011 debut album named Pyramid of the Necropolis. They’ve now recorded a new EP entitled Blood Dawn, which will be released on August 7.

Last month they began streaming an advance track on Bandcamp called “Bastard Horde”, which can be obtained right now for $1. It’s goddamn titanic — a blasting, grinding, heavy-as-hell battle-tank on a merciless old-school rampage in the vein of Bolt Thrower. The monstrous riffs and irresistible grooves in this baby will smash you into smithereens. I’m in love. Or at least in lust. END_OF_DOCUMENT_TOKEN_TO_BE_REPLACED