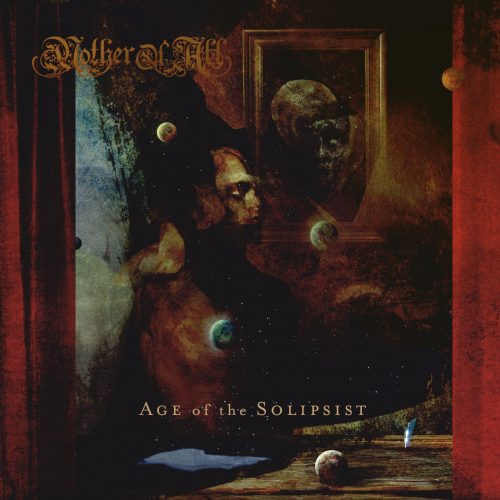 Mother of All is the brain-child of veteran Danish multi-instrumentalist Martin Haumann, who for many years has been a sought-after drummer, performing with such bands as Myrkur, Mercenary, and Afsky (notably, he performed on Afsky’s fantastic 2020 album Ofte jeg drømmer mig død). For Mother of All, Haumann’s conception was to concentrate on death metal with melodic and progressive elements, and that conception is now fully realized on the band’s debut album Age Of The Solipsist — though you’ll discover that it incorporates even greater musical variety than just those elements.

To help bring these musical visions into reality, Haumann enlisted some very talented allies. The new album features the stunning bass performances of none other than Steve Di Giorgio (Death, Testamant, Sadus), as well as eye-popping work by Danish guitarist Frederik Jensen. But even in such impressive company, Haumann’s song-writing, drum-work, and vocals still strongly stand out. And speaking of talented allies, we should also note that the record was mixed by Hannes Grossmann (ex-Necrophagist, ex-Obscura, Alkaloid) and that the cover art was created by Travis Smith, who is an artistic institution himself.

All these names by themselves should build considerable intrigue about what they’ve accomplished, and now we can at least partially satisfy that curiosity by presenting a lyric video for the opening track from the new album, named “Autumn“. END_OF_DOCUMENT_TOKEN_TO_BE_REPLACED