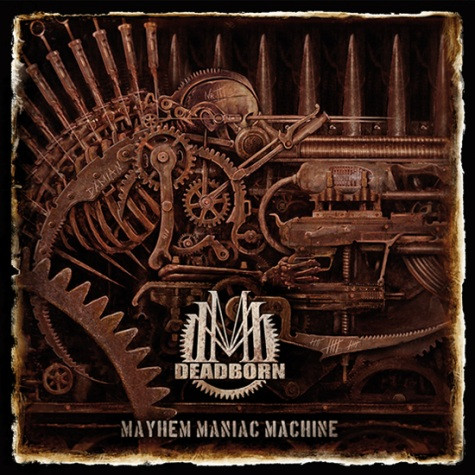 I had other plans for additional posts today, but those plans went up in smoke because of interference from my fucking day job. Either that or I smoked the plans by mistake.  It was one or the other. Anyway, those projects will have to come to fruition tomorrow. But I felt I ought to do something more for this Monday beyond the three reviews with which we started the day. This is what I came up with.

Fans of rapid-fire, merciless death metal along the lines of Hate Eternal will want to pay attention to this band. They’re from Germany and they include a former vocalist and drummer from Necrophagist (Mario Petrovic and Slavek Foltyn, respectively) and a lead guitarist (Kevin Olasz) who used to be with a band called Jack Slater.

More than four years have passed since their album debut (Stigma Eternal), but they have a new one coming out in April on Apostasy Records called Mayhem Maniac Machine. It was recorded with producer Christoph Brandes, who has been kind of an in-house engineer for Necrophagist. With all these Necrophagist connections and an album name like Mayhem Maniac Machine, I felt compelled to check out the one song from the album (“Bionic Abomination”) that has been released for streaming so far. END_OF_DOCUMENT_TOKEN_TO_BE_REPLACED