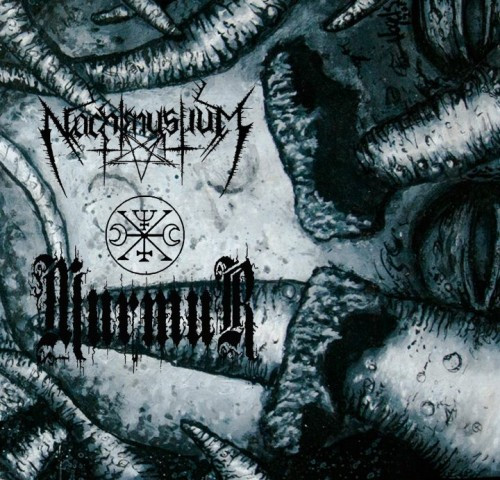 About the only way you could get Nachtmystium to stand still would be to nail their feet to the floor. Blake Judd and company are just too musically peripatetic to expect that what comes next will resemble what came before. Or at least that’s what I thought. But Nachtmystium and Chicago black metal band Murmur are releasing a 7″ split EP on a Lithuanian label called Inferna Profundus Records, which will include a new track from each band, and here’s what Nachtmystium has said about their contribution to the record:

“Our track is a total return to form, harking back to the writing styles of “Demise” and “Instinct: Decay”. This is a good sneak peak of what’s to come on our next full-length, which we intend to start recording in January / February, 2012 and will be released world-wide on Century Media Records.”

The 7″ vinyl can be ordered from Inferna Profundus here and will be available for shipping in a week or two. Following the vinyl release, Nachtmystium’s new track, “I Wait In Hell”, will also be released digitally via iTunes, Amazon, and other online music outlets via Century Media Records.

So, is the track really a throwback to Demise and Instinct:Decay? Well, hearing is believing, and I like what I hear (from both bands). After the jump, we’ve got a clip that includes two-minute segments from “I Wait In Hell” and Murmur’s song, “Shuttle I”. END_OF_DOCUMENT_TOKEN_TO_BE_REPLACED