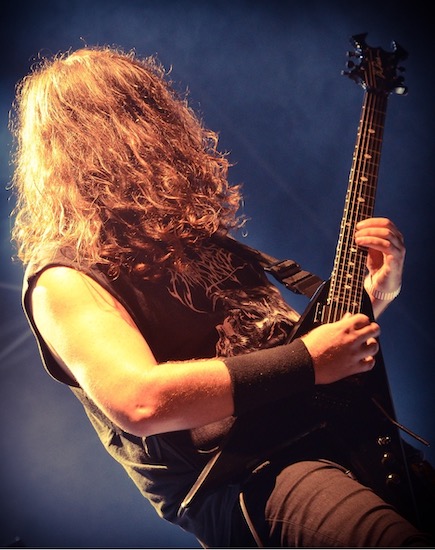 I’m back with another way-too-ambitious deep-dive project, inspired by my excursions into The Ruins of Beverast’s body of work earlier this year. I was hoping to get this out in time for the premieres of either or Hyperdontia, but alas, that proved to be too lofty a goal. I may have bit off more than I could chew. Either way, it’s finally ready for all your music nerd-related pleasures, just in time for you to add those two bands to your year-end lists – if they’re not on there already.

The discography of Mustafa Gürcalioğlu was one that I wanted to give in-depth coverage to for a few reasons. One, it’s incredibly consistent – I don’t think the guy’s put out a stinker yet, and even the ones you don’t think you like tend to grow on you over time. Two, it starts out good, slowly gets better, and it sounds like the best is yet to come, since the most recent albums by all four of his projects are the strongest. Three, there are enough small differences between albums and different bands that you can tell them apart, but because of the aforementioned consistency, you’re still guaranteed a solid listen while also getting something new along the way. No one has given his discography the appreciation it deserves – if you didn’t get the hint yet, pound for pound it’s one of the best in metal.

Since Mustafa is a more accessible and/or approachable character than Alexander von Meilenwald proved to be, I was able to flag him down and ask him a ton of questions, so with each venture into one of his bands, I’ve included some information straight from the creator’s mouth (keyboard?) to add extra context and colour. In addition, I’ll kick off the article with some more general questions so you can get to know the man behind the music a bit more before fully taking the plunge. Enjoy! END_OF_DOCUMENT_TOKEN_TO_BE_REPLACED