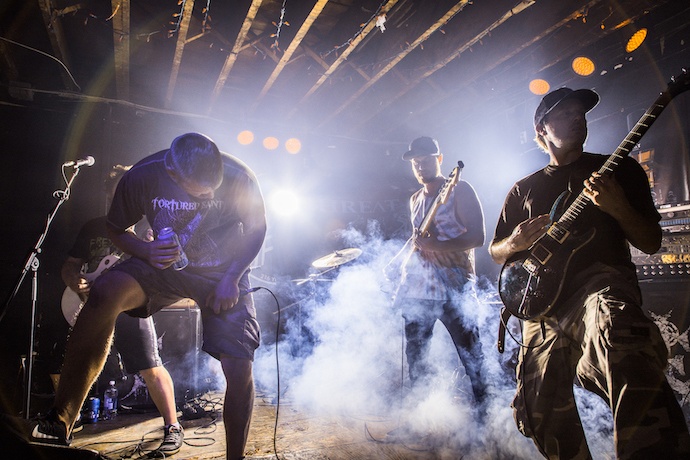 After releasing three albums and an EP from 2005 to 2011, the melodic death metal band Heaven Ablaze from London, Ontario, called it a day and went on indefinite hiatus eight years ago. But one of the relationships within that group later created the seeds of something new. Years later, a chance encounter between guitarist Patrick Davidson and drummer Matt Ashton led to jam sessions, and eventually to the fleshing out of a complete new band with the addition of bassist Chris McKichan, guitarist Derek Haley, and vocalist Derek Lee (ex-Ataxia). They chose the name Mütherload.

Melodic death metal is still in the mix in Mütherload’s music, but so are ingredients of groove, thrash, and hardcore, so much so that references to Lamb of God wouldn’t be out of line. And as reflected in the band’s debut EP, Ü, which we’re premiering in full today in advance of its July 9 release, they’re capable of creating moments of sublime beauty — as well as discharging punishing fury. END_OF_DOCUMENT_TOKEN_TO_BE_REPLACED