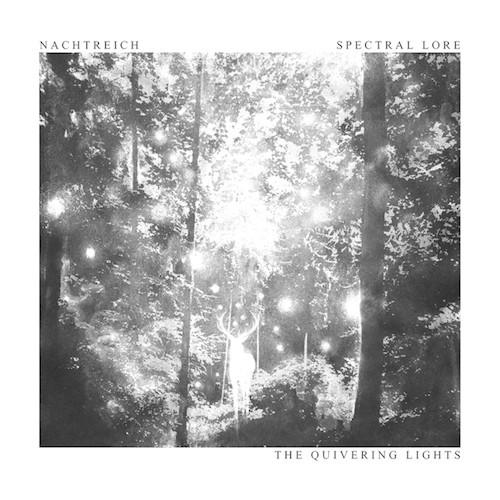 On January 20, 2015, Bindrune and Eihwaz Recordings will release an unusual and unusually good split LP by a group of very talented composers and musicians — P.H. and U.K. of Germany’s Nachtreich and Ayloss of Spectral Lore from Greece — under the title The Quivering Lights. Today we bring you the premiere of one of the Spectral Lore tracks, “Quivering”.

The split is unusual because it is a genuine collaboration between the two bands rather than a mere compilation of independent recordings by each one. Each band recorded three songs, but the tracks are interwoven, with Nachtreich’s “Light” opening the album followed by the Spectral Lore song we’re premiering today. Two more Nachtreich tracks then follow (an instrumental piece named “Greyness”, and “Ghost Light”), followed by the last two Spectral Lore tracks (“Vanishing” and a final instrumental work, “Reflection”). END_OF_DOCUMENT_TOKEN_TO_BE_REPLACED