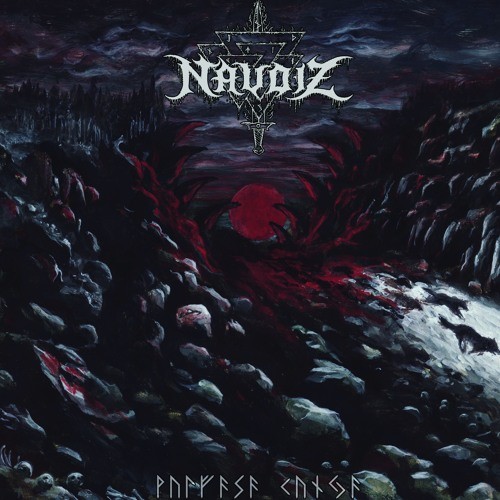 Black metal has morphed into so many different shapes and been subjected to so much cross-breeding with other genres that it has become refreshing to hear a band who hew to old ways, and do it as masterfully as Naudiz. But even that observation begs the question: what old ways? Because second-wave black metal itself expanded and twisted into different thorn-covered branchings.

While I’m usually reluctant to mention the names of other bands in describing a new release, for fear that I’ll either hear an influence no one else hears or imply a lack of originality in the release at hand, I’ll say that while Naudiz‘s new album Wulfasa Kunja pulls from different black well-springs, I thought most often of Darkthrone‘s stylistic shift on The Cult Is Alive, and the venomous, swaggering riffs of Taake.

But you’ll be able to judge for yourselves, because in advance of the album’s release this Friday (April 14th) by Iron Bonehead Productions, we’re presenting a full stream of the album today. END_OF_DOCUMENT_TOKEN_TO_BE_REPLACED