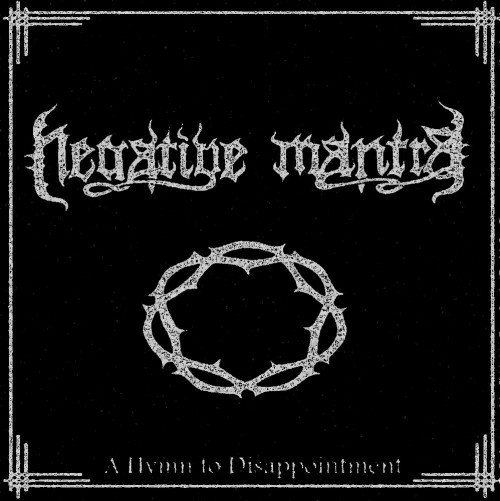 Negative Mantra is a new band, but its members are well known from other projects over a period of many years. When I saw those names — as well as the name they chose for their band — I had a high level of confidence that their just-released debut EP A Hymn To Disappointment would be heavy, grim, and hard to forget. I wasn’t wrong.

The EP emerged last week on Bandcamp without any fanfare. No press release, no advance dribbling out of teasers or song excerpts. One day it wasn’t there, the next day it was. I discovered it only because I noticed brief Facebook posts about it by a couple of people in the band, mentioned almost in passing. But word of this release needs to be spread around, because it’s very good.
END_OF_DOCUMENT_TOKEN_TO_BE_REPLACED