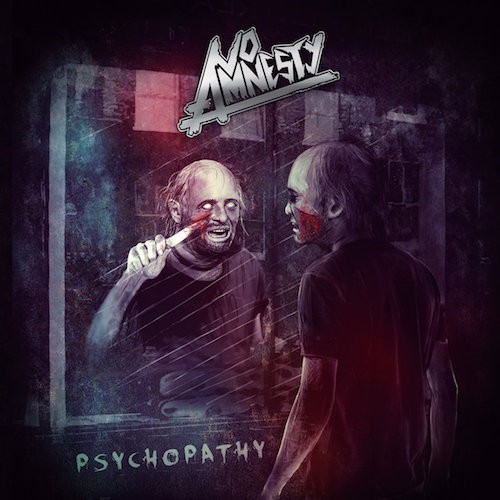 Psychopathy is the debut album of the Barcelona band No Amnesty. It will be released on November 14th by Xtreem Music — and it’s an explosive metal fireworks display, one that just gets more and more eye-popping the deeper in you go.

We’re told that when the band formed in 2012 the average age of the members was 15, and now it’s 20 — other than the “old man” of the group, new vocalist Albert (ex-Fuck Off), who is 30. (Since the band’s 2013 debut EP, A New Order For Attack, they’ve also recruited a new drummer and a new bassist.) But their relative youthfulness is part of what makes the album so surprising, because it really sounds like the work of far more experienced hands. END_OF_DOCUMENT_TOKEN_TO_BE_REPLACED