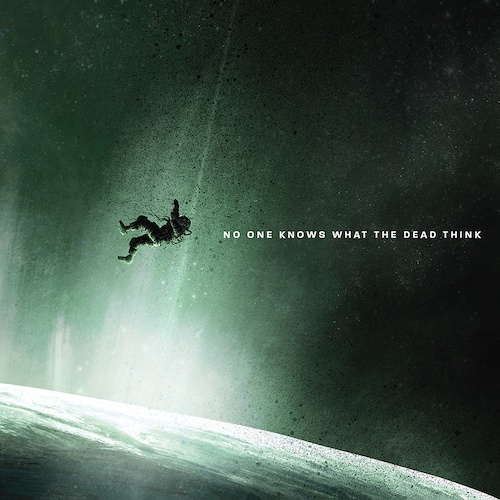 (This is Todd Manning‘s review of the new album by No One Knows What the Dead Think, which is set for release on September 20 by Willowtip Records.)

All hail the new flesh, the new band that is a merciless reincarnation of the insane and mighty Discordance Axis. No One Knows What The Dead Think contains D.A. alumni Jon Chang on vocals and Rob Marton on guitar, and they are joined by Kyosuke Nakano on drums, and the band make no bones about this being the culmination of the original series of albums by Discordance Axis.

For those not familiar with Discordance Axis, they produced some of the most stunningly original Grindcore albums of the nineties. The sound was utterly unhinged, partially due to Chang’s vicious and wide-eyed vocal approach, but also because of Marton’s almost Godflesh-like riffs being paired with Dave Witte’s blasting drum work. And just like before, the vibe here is suitably Post-Human, a sort of logical conclusion to Cyberpunk, where Earth’s hellscape is primarily populated by swarms of of artificial intelligence. END_OF_DOCUMENT_TOKEN_TO_BE_REPLACED