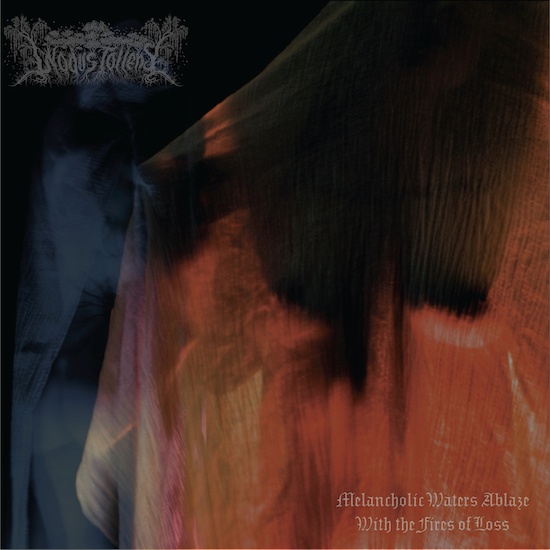 Nodus Tollens n. the realization that the plot of your life doesn’t make sense to you anymore — that although you thought you were following the arc of the story, you keep finding yourself immersed in passages you don’t understand, that don’t even seem to belong in the same genre — which requires you to go back and reread the chapters you had originally skimmed to get to the good parts, only to learn that all along you were supposed to choose your own adventure.
– The Dictionary of Obscure Sorrows

That definition tells you more than you might guess about the debut album of the band who took the phrase as its name. The title of that album, Melancholic Waters Ablaze with the Fires of Loss, is another significant clue. As that title suggests, and as the band’s lone member Cicatrix has described, the album was created “as an emotional exorcism, and the lyrics reflect it, dealing with grief, broken relationship, and ultimately hope, each in their turn”.

The musical expression of such emotions is of course not unique to Nodus Tollens, but as you’ll discover today through our premiere of the complete album, the manner of expression is unusual, the emotional power of the music is penetrating, and the flow of styles and moods, both within each song and among them, is enthralling. END_OF_DOCUMENT_TOKEN_TO_BE_REPLACED