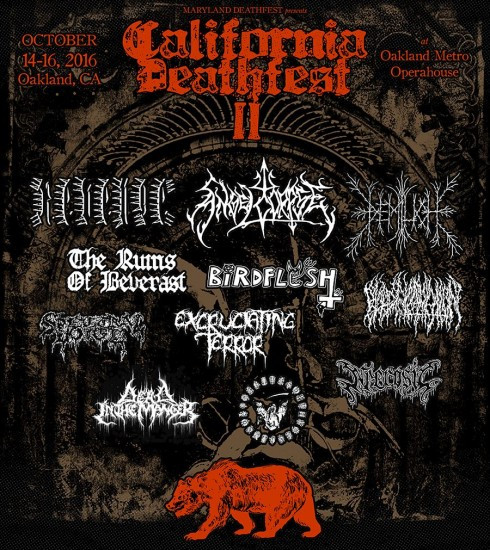 They probably still haven’t finished cleaning up the Oakland Metro after the inaugural edition of the California Deathfest in October (which I scribbled about in these posts), and now CDF has already announced the initial list of bands for the follow-up installment of the festival on October 14-16, 2016 — and it’s a damned fine beginning. Take a look: END_OF_DOCUMENT_TOKEN_TO_BE_REPLACED