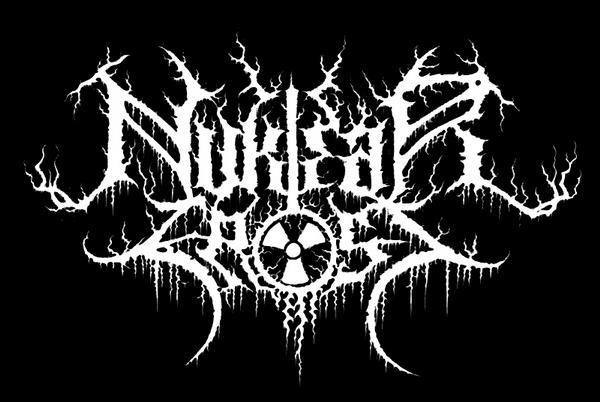 Those of you who are sharp of eye, pointy of ear, and patient enough to wade through my last rant about Facebook’s business model will have already felt the chill of Minnesota’s Nuklear Frost. But simply using the hair-raising shriek from the intro track “Uranium Censer” to express my own contempt (and to reward the perseverance of readers) was hardly an adequate tribute to an album that I’ve listened to and enjoyed repeatedly since it came out in mid-March.

The album’s name is Subjugation, and I first found out about it through a Facebook link to their music by Amiensus, another Minnesota band who share a member with Nuklear Frost (guitarist Joe Waller). It proved to be a great discovery.

Nuklear Frost deliver riveting melodic black metal that hits like a maelstrom in full fury, yet the songs are so packed with righteous riffs and ominous melodies that the music exerts a strong magnetic attraction. The songs have identity and staying power; it’s an album that will draw you back again and again, and not simply for the pure rush it delivers to all good adrenaline junkies. END_OF_DOCUMENT_TOKEN_TO_BE_REPLACED