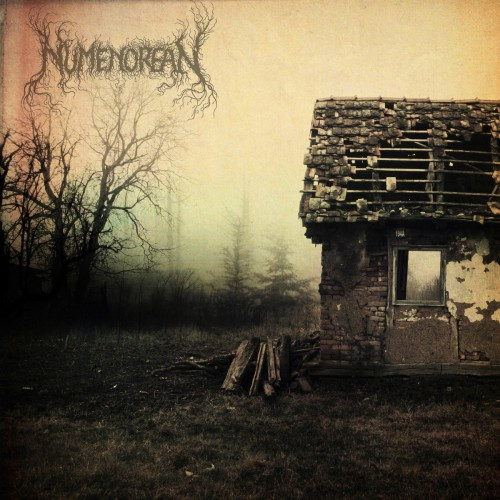 We’ve thrown an unusually large number of recommended songs, videos, and releases your way today, but we’re still not finished. In this post you’ll find a review and a music stream of an EP I recently discovered that made quite a strong impression. Hope you enjoy it as much as I have.

Numenorean from Calgary, Alberta, Canada, began as a two-man project in late 2011, with Byron Lemley recording and writing all the songs and Brandon Lemley providing the vocals. With additional vocal assistance from Aidan Crossley on one song, the band released a two-song demo in June 2014 totaling almost 20 minutes of music, and I listened to it yesterday.

And why did I listen to it? Because an e-mail from the band used references to Agalloch, old Alcest, and Falls of Rauros to describe the style of their music. I reacted to those references much like Pavlov’s dog at the bell: I started salivating. And then I listened to the first of the two tracks, “Let me In”. END_OF_DOCUMENT_TOKEN_TO_BE_REPLACED