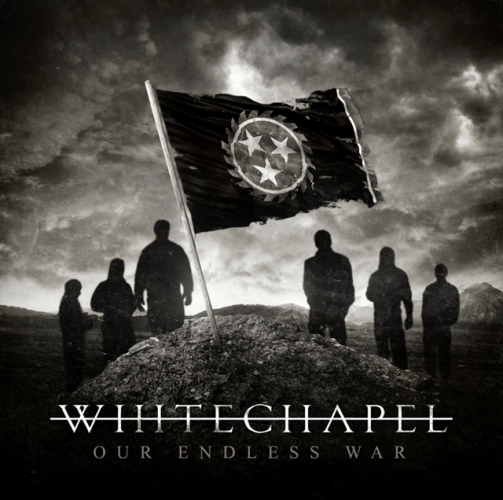 Here’s the second round-up of new music I promised earlier today. It doesn’t include everything I had originally planned to cover because… fucking day job… so I’ll try to shoe-horn the rest into a post tomorrow.

Metal Blade announced today that it will be releasing the fifth album by Tennessee’s Whitechapel on April 29 in NorthAm. The title is Our Endless War, and the cover art by Aaron Marsh (with a new logo) can be seen above. The band have described the album as one that includes “dashes of every record we have done so far mixed with the intensity of a new sound.” And they’ve also given us a first taste of what’s coming through a lyric video for a new song: “The Saw Is the Law”.

This track betrays the band’s death core roots in some respects, which could be a plus or a minus depending on your perspective. But it’s also a very heavy storm — a bludgeoning, howling hurricane loaded with interwoven cut-throat riffs, hammer-smashing grooves, and a dose of rapid-fire vox. END_OF_DOCUMENT_TOKEN_TO_BE_REPLACED