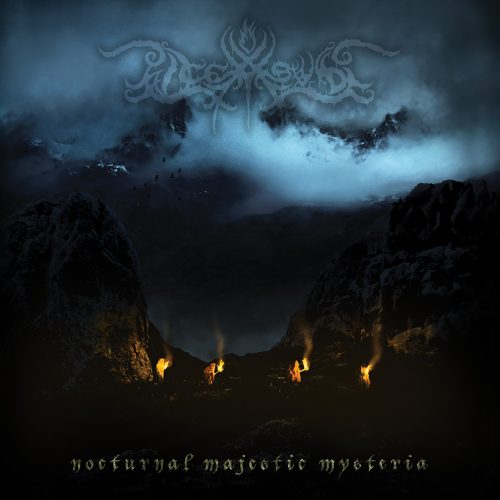 The track you’re about to hear from the Chilean black metal band Occasvs proved to be an astonishing surprise to this listener. In part, that’s because I had been conditioned by listening to other Chilean extreme metal bands to expect a heavy dose of raw, scalding ferocity and headlong speed. And while this song is definitely fierce and ferociously destructive, those adjectives barely scratch the surface of what happens during the track.

But the song was surprising for other reasons, which I’ll come to. In fact, while listening I found myself rooted in place as if turned to stone under the gaze of a medusa, except for the smile on my face and the eyes in my head, which grew wider and wider the more I listened.

The song is “Under Human Eyes” and it comes from the new Occasvs album Nocturnal Majestic Mysteria, which will be released by Unspeakable Axe Records on September 29th. END_OF_DOCUMENT_TOKEN_TO_BE_REPLACED