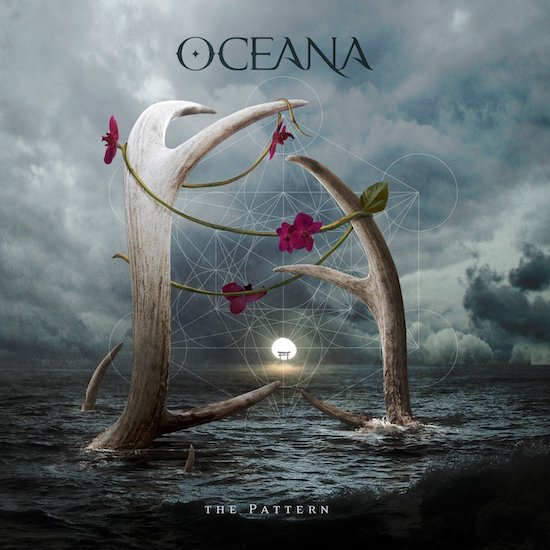 It has been a long time coming — a very long time — but on January 29th the Roman band Oceana will release their debut album The Pattern through Time To Kill Records. But it seems the time is right, even if the album is arriving 25 years after Oceana’s debut demo and EP, and the strength of the new album is such that fans of progressively inclined melodic death metal will be grateful the band did not die an early death.

Given the passage of so much time, all will be forgiven who are unfamiliar with the band. It was the brainchild of Massimiliano Pagliuso, who has been the guitarist for the Italian band Novembre throughout those same 25 years, and it was he who revived Oceana, bringing together original drummer Alessandro “Sancho” Marconcini and another old friend, Gianpaolo Caprino, as second guitarist.

How the rebirth happened, and the themes that inspired The Pattern, are subjects addressed by Massimiliano Pagliuso in an extensive statement that you will find below. What you will also find below is a full stream of the new album, preceded by a few reactions of our own. END_OF_DOCUMENT_TOKEN_TO_BE_REPLACED