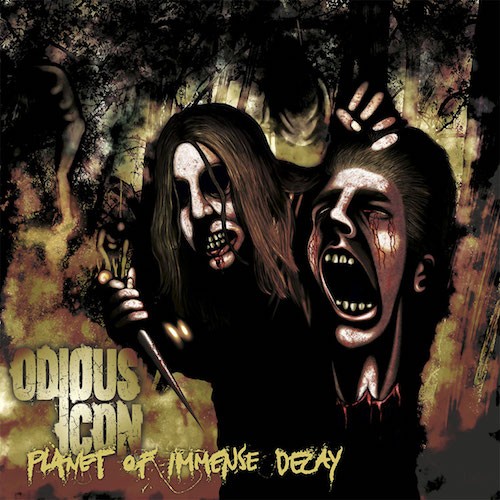 How many killer riffs and tempo changes can be packed into three-and-a-half minutes of extreme music without wrecking its structural integrity as a song or undermining the dominance of its ravenous, slaughtering vibe? It seems that Norway’s Odious Icon decided to put that question to the test when they wrote and recorded the title track to their debut album, Planet of Immense Decay, which we’re premiering in this post. Maybe someone else has achieved a higher score, but this song grades very, very high.

The song’s compact length magnifies its intensity, sort of like venting pressurized water through a narrow opening: The striking force is impressive, especially given that the blast hits you in the face right from the start, in a high-speed torrent of razoring guitar work, machine-gun percussion, and maniacal, blood-thirsty howls. Electrifying stuff… and then the first change happens. END_OF_DOCUMENT_TOKEN_TO_BE_REPLACED