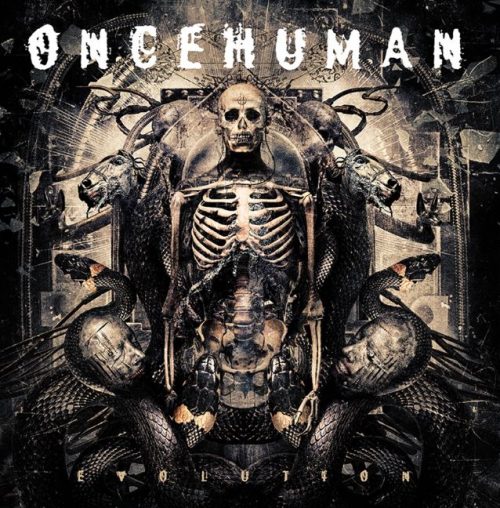 (TheMadIsraeli reviews the second album by Once Human, which was released in February by earMUSIC.)

As much as I like to talk shit about bands who are bad or try too hard to be edgy (though not on this site), I’m ALWAYS open to bands changing or making dramatic improvements in their sound. It’s always possible for a band to redeem themselves, and sometimes it’s possible for a band to release an album so good that the detractors have to concede the improvement lest they be convicted of perpetual intellectual dishonesty.

We all had that laugh at Once Human, a metalcore band featuring most notably Logan Mader of Machine Head fame. They released that embarrassing “You Cunt” song that not only wasn’t anything special, the name itself just lacked class and really felt like it was going for cheap nü-metal levels of shock value. We laughed this band so hard into oblivion that they removed any promotional traces of their debut. You’ve got to do some digging now to even realize that Once Human HAS a debut album. But something dramatic has happened to this band. END_OF_DOCUMENT_TOKEN_TO_BE_REPLACED