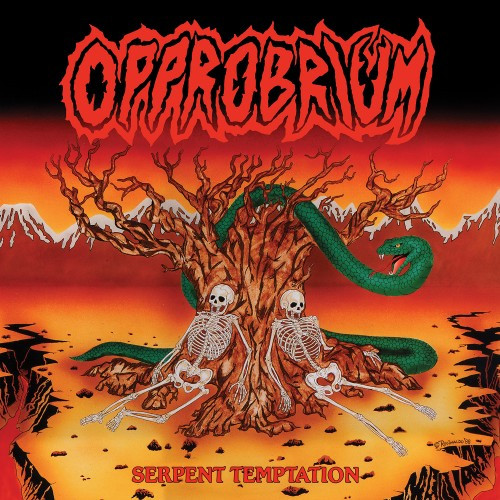 In the middle of 1982 two young brothers, Moyses M. Howard and Francis M. Howard — moved with their parents from Rio de Janeiro, Brazil, to New Orleans, Louisiana. It didn’t take long for them to be caught up in the energy of music — joining bands, playing shows… exploring. By 1986 their interests had turned to underground metal, and they formed a band named Incubus with Scott Latour as vocalist. They released a demo in 1987, and then a debut album in 1988 named Serpent Temptation.

A blistering onslaught of death/thrash, the album has been hailed as an underground classic, and it led to a deal with Nuclear Blast, who released the band’s next two albums —Beyond the Unknown (1990) and Discerning Forces (2000) — both of which were recorded by the Howard brothers as a two-piece band, with Francis as vocalist. By the time that third album was released, the band had changed their name to Opprobrium. Eight more years would pass before the band (now based in Tampa) released their fourth album (and most recent to date), Mandatory Evac.

Today, Relapse Records is re-releasing that 1988 classic, Serpent Temptation. It has been remastered for this release by Brad Boatright (Sleep, Obituary, etc.), and it includes four bonus tracks from the band’s 1987 demo, plus an extended booklet. What we’ve got for you on this release date is both a full stream of the remastered album and a track-by-track commentary by the Howard Brothers. END_OF_DOCUMENT_TOKEN_TO_BE_REPLACED