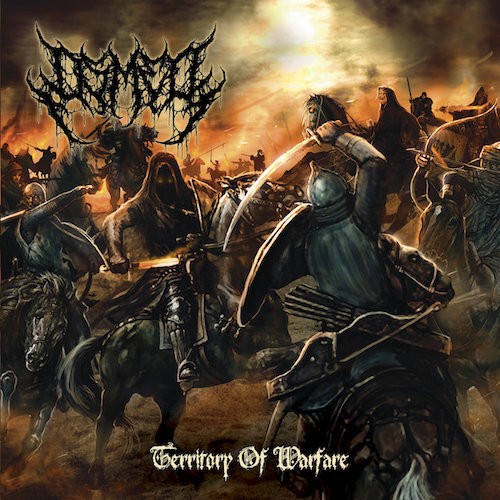 (This is Vonlughlio’s review of the new album by OSMED from Jakarta, Indonesia, which was released this past weekend.)

It’s a Saturday and a great day to spend with the family and to plan for the small write-ups I have to do.  So in the midst of such planning I logged into FB and discovered that Brute Productions (a label based in Bangkok, Thailand) had released Territory of Warfare, the debut album by an Indonesian band (from Jakarta in West Java) named OSMED. And so yours truly stopped what he was doing and went in to listen to the release on Bandcamp. Twenty-eight minutes later, I bought the CD on the spot.

I’ve been waiting for this debut since the band’s 2015 EP Ultimate of Realms Ruination, which was released via Endless Torture Records and ended up on my list of favorite EP’s of that year here at NCS. After that they released a promo, and then silence. When I read the news that the album had finally arrived, I was really excited to see what this effort would sound like. And after I finished listening to it, I decided to revisit the EP and the promo, as a way of seeing how the band’s sound had evolved, for better or worse. END_OF_DOCUMENT_TOKEN_TO_BE_REPLACED