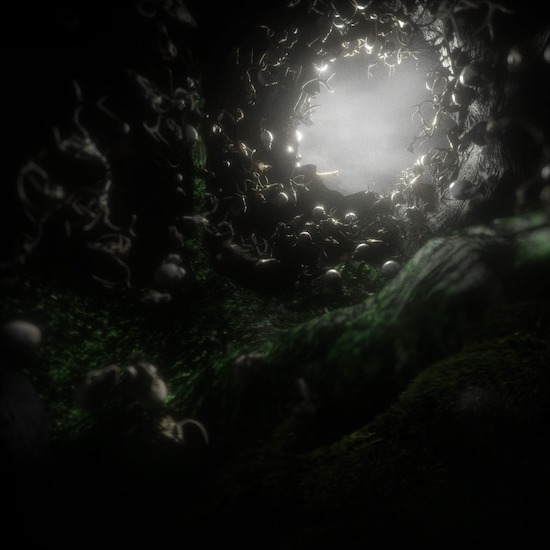 Prepare yourselves for an extraordinary 43-minute trip, because that’s what you’ll find in Broken Speech, the extravagant debut album by the French band Owl Cave that we’re premiering today in advance of its release later this month by the new French label Time Tombs Productions.

For those who need genre references, this creation is very difficult to pigeonhole in such ways. Over the course of its twisting and turning path, you can pick out ingredients of dissonant and avant-garde black metal, industrial, electronica, and prog, among others.

It incorporates widely varying but relentlessly visceral rhythms and an equally wide and richly textured array of hallucinatory emanations that are both entrancing and unnerving; in those ways it’s both earthbound and completely unearthly. It’s often monumentally heavy, and continuously capable of seizing control of your reptile brain, but equally capable of uncomfortably twisting your mind inside-out or placing it under the power of spells, some of them seductive and some of them harrowing. END_OF_DOCUMENT_TOKEN_TO_BE_REPLACED