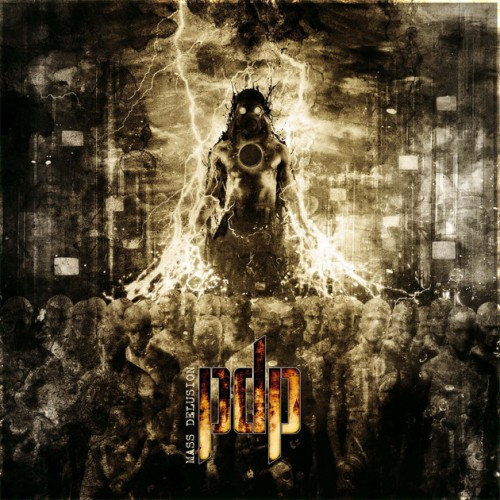 (Today TheMadIsraeli reviews the debut album of a band called P.D.P., which took form within the halls of Hollywood’s Musician’s Institute. The album was released last August by Heavyocity Records. P.D.P.’s official site is here.)

P.D.P (no I don’t know what the name means, and they refuse to disclose what it means on top of that) is a band offering a nice reinterpretation of groove metal of the old Pantera school of thought.  Bring in some industrial tinges, 8-string guitars, the willingness to be fast instead of relying on groove as a crutch, and the ability to write interesting riffs, and you’ve got yourself a helping of head-bobbing goodness I can get behind.  This is their debut Mass Delusion.

Songs like “Prototype Ares” and “Bleed Out”, which follow, showcase their slower, more groove-oriented side.  Both songs utilize the massive low end of their 8-string guitars quite well to create a mammoth-sized, continuous punch to the nuts (I just know they are going to get pegged as some kind of Meshuggah copper simply because they execute riffs in the register of THALL (there is that word again)). END_OF_DOCUMENT_TOKEN_TO_BE_REPLACED