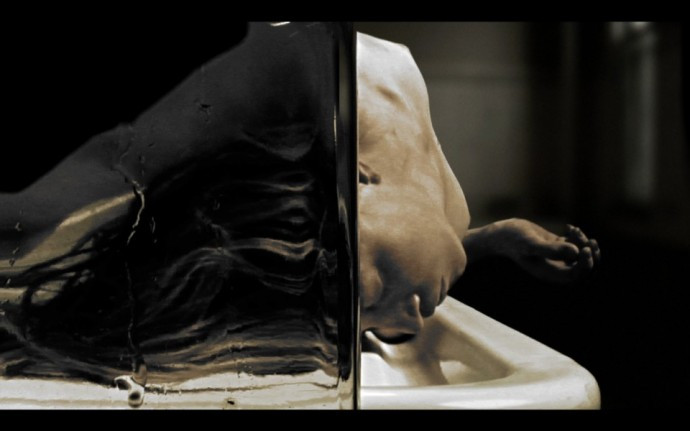 Nothing is more fearful, or more fearsome, than death. Nothing of such importance is more unknowable or more frightening. No wonder the subject is of such central importance in music of all kinds, but especially in the realm of extreme music — which is an artform that can plumb, and exorcise, the intensity of loss, despair, horror, rage, and fear, like few others. Death becomes metal.

To find any kind of grace in the extinction of life’s spark requires the suspension of disbelief, or the eye of an artist. Bodies move after life, in the constriction of the sinews or in the transportation of the hollow remains to some kind of resting place. There is no beauty in such motion, not really. Certainly not when the face is beloved or even only familiar. It can be perceived as beautiful, but still terrible, only when the ultimate silence is a kind of reprieve, or when the shape of death is distant, when it is the flesh of a stranger that becomes mere sculpted alabaster matter.

Filmmaker Pedro Pires has found the shape of this awful beauty in his short film Danse Macabre, which I found last night through a link from an acquaintance. It’s not easy to watch if you have lost someone close to you, especially in the case of a suicide. In fact, it’s wrenching. It’s also NSFW, because the imagery of dead flesh is naked, as it always is eventually. But it’s powerful and powerfully realized, and it’s metal even though it’s not music (though the accompanying music deepens its effect). END_OF_DOCUMENT_TOKEN_TO_BE_REPLACED