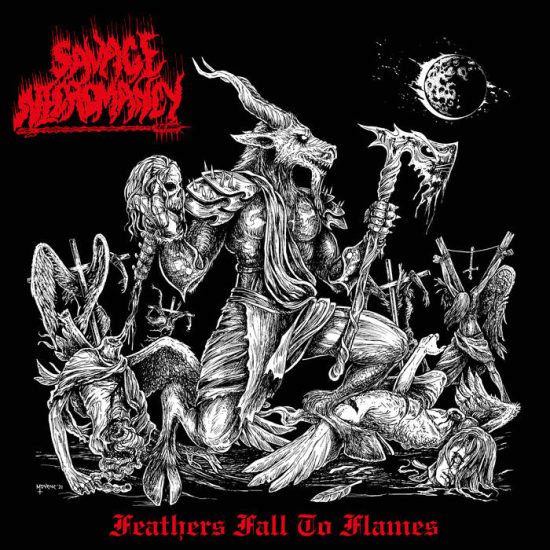 The vocalist of this Arizona band has a great pseudonym — Diabolical Fuckwitch Of The Black Flame — and she also has a helluva voice. She opens the band’s debut album Feathers Fall To Flames with a gripping performance in the opening track “Milenio De La Crucifixión”. There she voices a fervent melodic chant in Spanish, though later in the album she also growls like a subterranean hell beast and howls like a rabid wolf. END_OF_DOCUMENT_TOKEN_TO_BE_REPLACED