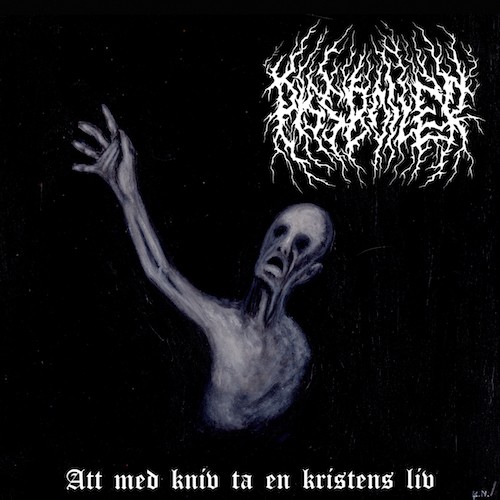 Our own introduction to the sonic ravages of the Swedish band Pissboiler came last fall, when we premiered a relentlessly oppressive, disturbingly trance-inducing track named “Cutters” from the band’s debut album, In the Lair of Lucid Nightmares, which was later released by Third I Rex. That unsparingly hopeless experience led us down into the full black depths of that album, but also back to the 26-minute side of Pissboiler’s split release with Develkuth from earlier in 2017, a track aptly named “Monolith of Depression”. And now we’re coming full circle.

In July, a new Pissboiler record will become available through the combined efforts of Third I Rex (UK), Weird Truth Productions (Japan), and Dying Sun Records (Netherlands). The name of this new EP, Att Med Kniv Ta En Kristens Liv, can be rendered in English as “To Take The Life Of A Christian With A Knife”.

Musically, the first three tracks chronicle an actual murder in which an old couple were stabbed to death in their beds, but not before the woman woke up and called 911. Samples used in the music come from the horrifying recording of her call, and the tracks move from the moment before (“En visa för elden”) to the murder itself (“Att Med Kniv Ta En Kristens Liv”), to the burning of the corpses (“Pt II – Ett avslut”).

But the new EP includes a fourth track after these, a re-mixed and re-mastered version of that previously released opus, “Monolith of Depression” — and that’s what we’re bringing you today, just to whet your morbid appetites for those three new songs. END_OF_DOCUMENT_TOKEN_TO_BE_REPLACED 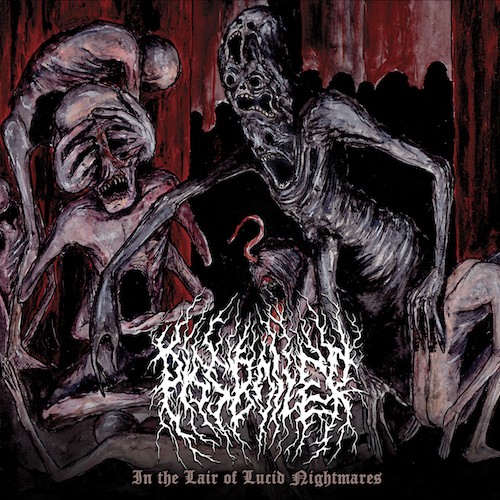 There’s a kind of “fuck off” attitude conveyed by the name Pissboiler, a way of saying, this music isn’t your friend. It won’t buy you a beer, give you a hug, or kiss you on the neck. It also made me think the music might be crust or maybe grindcore. I was wrong about that latter guess, but not wrong about the first one.

I might have made a better guess about their new album, In the Lair of Lucid Nightmares, if I’d listened to this Swedish trio’s 2015 demo, but still not a completely accurate one, because there’ve been some changes in their sound since then. A better clue would have come from the 26-minute side of Pissboiler’s split release this year with Develkuth, a track aptly named “Monolith of Depression” (available here), but even that wouldn’t have been a complete forecast of the amalgam of funeral doom, drone, and sludge that lies in wait on the new album.

We have part of what lies in wait today, a track named “Cutters“, which will disturb your days between now and the album’s release on December 25 by Third I Rex. Christmas Day. These dudes clearly have a gallows sense of humor. END_OF_DOCUMENT_TOKEN_TO_BE_REPLACED